While meeting folks, I've been asked what I think about the fireworks. There's a compromise that our council seems to not recognize.

I'll be honest. I was completely annoyed by them. The "bombs" especially. One of my cats, who's never been afraid of anything, hid and turned into jello. They nearly gave my dad a heart attack - seriously. And it cost all taxpayers with all the police and fire calls.

However, I enjoyed hearing them throughout the neighborhood on Independence Day. It felt patriotic and reminded me of what it may have felt like back then.

The compromise that I support is that the city allow them on and around the Fourth of July, for about five days, while completely banning the bombs. July 1st thru July 5th. After all, the day after you gotta use the leftovers.  :-)[Image may contain: night and fireworks] 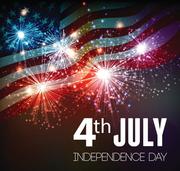 Question from a voter:
There is out there "sanctuary cities". Scott Olson feels as if we are not there yet and does not foresee it in the future? What if? what is your stance on Illegal Immigration?
My answer:
I would not support a sanctuary city. Undocumented persons are not just Mexicans; they're anyone. At a time like this, I'm against providing refuge to possible terrorists who have infiltrated our country.

Question by a voter:
What are your thoughts on groups such as BLM, Antifa, and other groups that disrupt peace and stability in the city? Would you push for laws to prevent them from blocking streets, harass or disrupt others?
My answer:
We already have laws for that - what needs to happen is our lawmen need to follow thru with that and throw the Antifa into jail as they would anyone else.

Question from a voter:
I was homeless and just for the hell of it i went to some soup kitchens and found the SAME PEOPLE there. I chose to progress and others seem content to be poor. I want to engage the homeless NOT ENABLE them. I think we need to ban panhandling without a permit? what are your thoughts on that?
My answer:
I'm not in favor of a ban on panhandling, but I am against aggressive pan handling. I also think that an ordinance of sort re: fraud should be in place for the panhandlers - presenting themselves as poor and homeless when they aren't. I think this would help those who really need the help and provide more trust for the donors.