Let me introduce myself ... 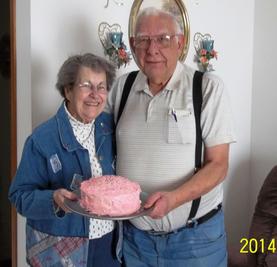 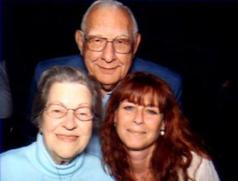 In order to get to know me, you need to meet my parents.

Mom and Dad were born and raised here in Iowa. They met in downtown Cedar Rapids when Dad worked at Collins on 3rd St SE and Mom worked at Fort Hopkins Drugstore where the Armstrong building is. Mom said he'd come in everyday and talk about the weather until he finally got the nerve to ask her out. Dad said he knew right away he was going to marry her. Ironically, they lived one block away from each other on A and B Ave NE by Coe College.

After they got married, Dad got a job in the San Francisco Bay Area. They desperately wanted to start a family, but my mom was unable to carry to term. So, they adopted. First, my brother, Larry, when he was a few weeks old. Then, I came along a couple years later in 1963.

My mom and dad also explained to me that they didn't know the circumstances, but if I ever wanted to find my birth parents, they'd support me. It was comforting to know that I had that choice and the support of mom and dad. They were always open and honest with me. By the way, when I was 22 years old, I did find my birth mother - another great story!

While Dad worked in electronics, Mom stayed at home and did day care. They also took in many foster children. My parents wanted to adopt one of the little girls, Pam, but her mother took her back. This broke my mom's heart, especially knowing she wanted to go with her dad. After that, my mom went to work full time.

Mom and Dad provided first what we needed, then after that, if circumstances allowed, the fun stuff. Our lifestyle was not extravagant, but we had more than enough.  But, in 1974, both Mom and Dad got laid off - on the same day! Our life changed immediately, and Mom said, "If we don't eat it, we don't buy it." I learned even more so the meaning of the words "necessity" and "priority."

Soon, in the midst of a terrible winter, we returned to my parents' roots here in Cedar Rapids. While I loved being around my extended family, I hated going to school here. The kids were mean, and those who weren't stood by and did nothing, including teachers. Mom and Dad knew something was wrong when I didn't want to go to school and learn. So, they transferred me into private school - LaSalle High School.

From then on, within my heart, I made it a private dream to eventually fight for those vulnerable and stand up to those who overpower and bully. I didn't know how, and I knew I wasn't yet strong enough to do so, but "somehow" people were regularly put in my life who gave me the faith and strength to help me get there.

Over my lifetime, I regularly needed reassurance of the old saying "what doesn't kill you makes you stronger." And sometimes it was only my heartfelt desire to help others that would make me put one foot in front of the other.

One of my favorite films is "Shawshank Redemption." The main character, played by Timothy Robbins, was falsely accused and bullied into a guilty verdict of murder and ignored by the system. Anyone else may have hung their head down or become vindictive.

Instead, day by day, for 19 years, he dug his way to freedom beginning with a tiny spoon, never wavering from his goal. During those years, he mostly kept to himself, but he also helped others and became stronger. My favorite  quote was, "Get busy living or get busy dying." And that he did! The most inspiring scene is his final test when he crawls thru the muck and grime, out into the rain to freedom.

It's interesting to look back to see how our life and those around us shaped our character. I owe most of it to my parents. They were married 55 years until Mom died in 2014. They adored one another. My fondest memory is each day when Dad came home from work, he'd kiss Mom and give her a big hug. His eyes would light up with this big happy grin. Yup! They taught me what love is.

I learned by example; not with words. They were honest and kind with one another and to others. They were loyal and trustworthy. They treated each other and others with respect and dignity. They had many struggles along the way and yet they worked through them together.

And the secret ingredient: they knew how to laugh and have fun!

What does all this have to do with being a leader? It doesn't seem like anything really. Yet it's everything. These character traits that my parents instilled in me are often and sadly absent in our leaders today, and I think they're critical in a good leader.

As your representative, I will lead the city by my parents' example, and by doing so, we will together earn each others's trust and respect ... and have some fun along the way! 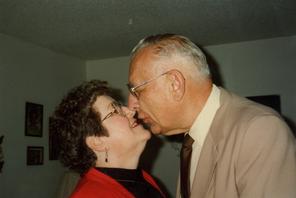 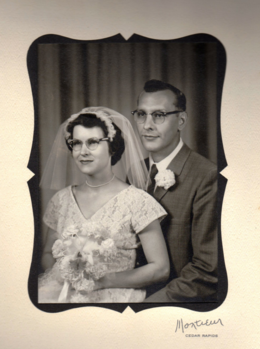 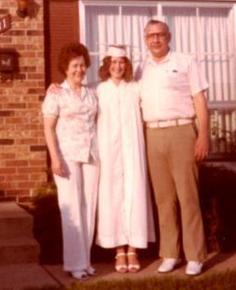